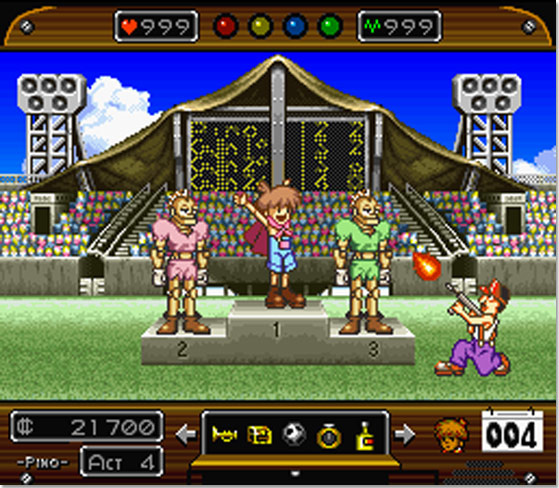 Ever hear of Wonder Project J? Don’t be surprised if you haven’t; it was an under-the-radar Pinnochio-inspired raising simulation released for the Super Famicom in 1994 by Enix, publishers of the Dragon Quest games. Given that the game and its sequel were a mix of point-and-click adventure and visual novel elements, it shouldn’t come as a surprise that neither was localized.

Wonder Project J: Kikai no Shounen Pino was developed by the now-defunct Almanic Corporation, who were also responsible for E.V.O.: Search for Eden, another more popular Enix-published game on the Super Famicom. It told the story of a young robot boy named Pino, crafted by Dr. Geppetto, whose aim was to raise the boy into someone with human emotions. Unfortunately, Geppetto was abducted before he could properly educate Pino, leaving the task to Tinker, a “robot-interface fairy,” whose next course of action was to summon someone from another world — you, the player — to raise Pino.

Like Pinocchio, if Pino was able to accomplish 7 achievements, he would awaken his heart and turn human. This is where it gets interesting.

In a rather tragic twist mentioned at the start of the sequel to Wonder Project J, Pino died before he could evolve into a human being. 15 years after his creation, Dr. Geppetto crafted a second robot — this time, a girl named Josette — hoping to finish what he had started. However, tragedy struck yet again. Geppetto was aged, and died before he had a chance to properly raise Josette himself. 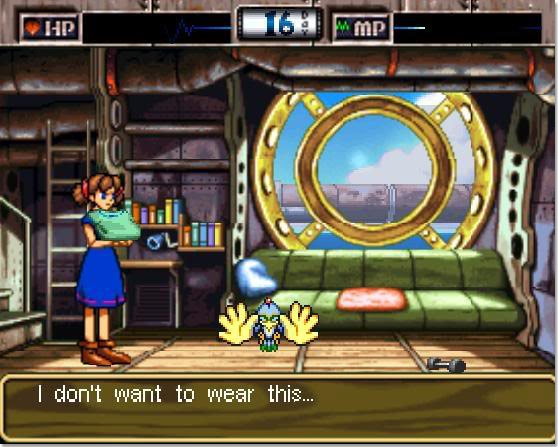 Wonder Project J2: Koruro no Mori no Josette was the Nintendo 64 sequel to Wonder Project J. In 1995, Almanic changed the name of their company to Givro Corporation. By ’96, they completed work on Wonder Project J2, which would be one of their last projects before the company was dissolved in the following months.

On his deathbed, Geppetto orders Josette to depart for Blueland Island, where she will meet someone who will be able to help her. The catch is that this person exists in a world that Josette can neither see, nor hear. At first, I wondered whether this referred to Blueland itself, but it doesn’t. It refers to the world you, the player, live in. Since Josette can neither see nor hear you, your only means of interacting with her is through Bird, her small robot-bird companion interface. It’s an ingenious breaking of the fourth wall. 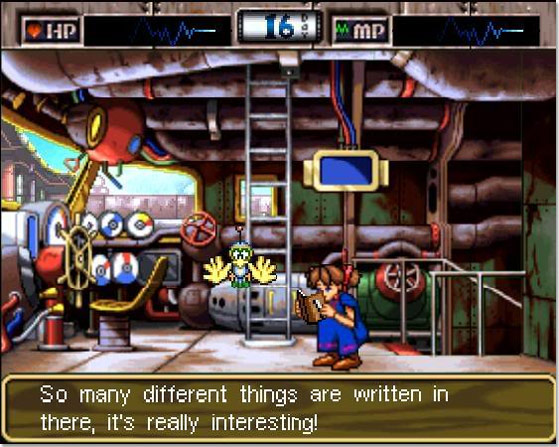 While on Blueland, Josette still hasn’t quite grasped the concept of death, due to her mechanical nature. She writes a letter to Dr. Geppetto after his death, unable to understand that he’ll never read it. She’s scared and lonely, but following her orders, she attempts to make contact with you. The first chapter of the game involves teaching her about human concepts such as love and life and death. In chapter 2, Josette uses the knowledge she has gained from you to overcome hardships in her life and eventually overthrow an army invading Blueland for its minerals. Throughout the course of the game, you get to watch her outgrow and ascend above her mechanical limitations.

Both chapters of Wonder Project J2 are now being ported to the iPhone by Square Enix for 630 yen ($7) each. It’s unclear just how different the iPhone version will be from the previously-released mobile phone port, but an Inside Games report mentions redrawn character art and animation. The chances of this ever being localized, of course, are about 1 in a 100.

But fret not! Did the English screenshots catch your eye? You can still play a fan-translation of the original N64 version of Wonder Project J2. If you want to read more about the game, you can check out a fantastic overview of it here, and then download the translation patch here.

Translated screenshots sourced from Martin Aquino’s blog. Also, thanks to Jarrodand in the comments for pointing for pointing out that another game developed by Givro was, in fact, released in 1997 for the Sega Saturn.