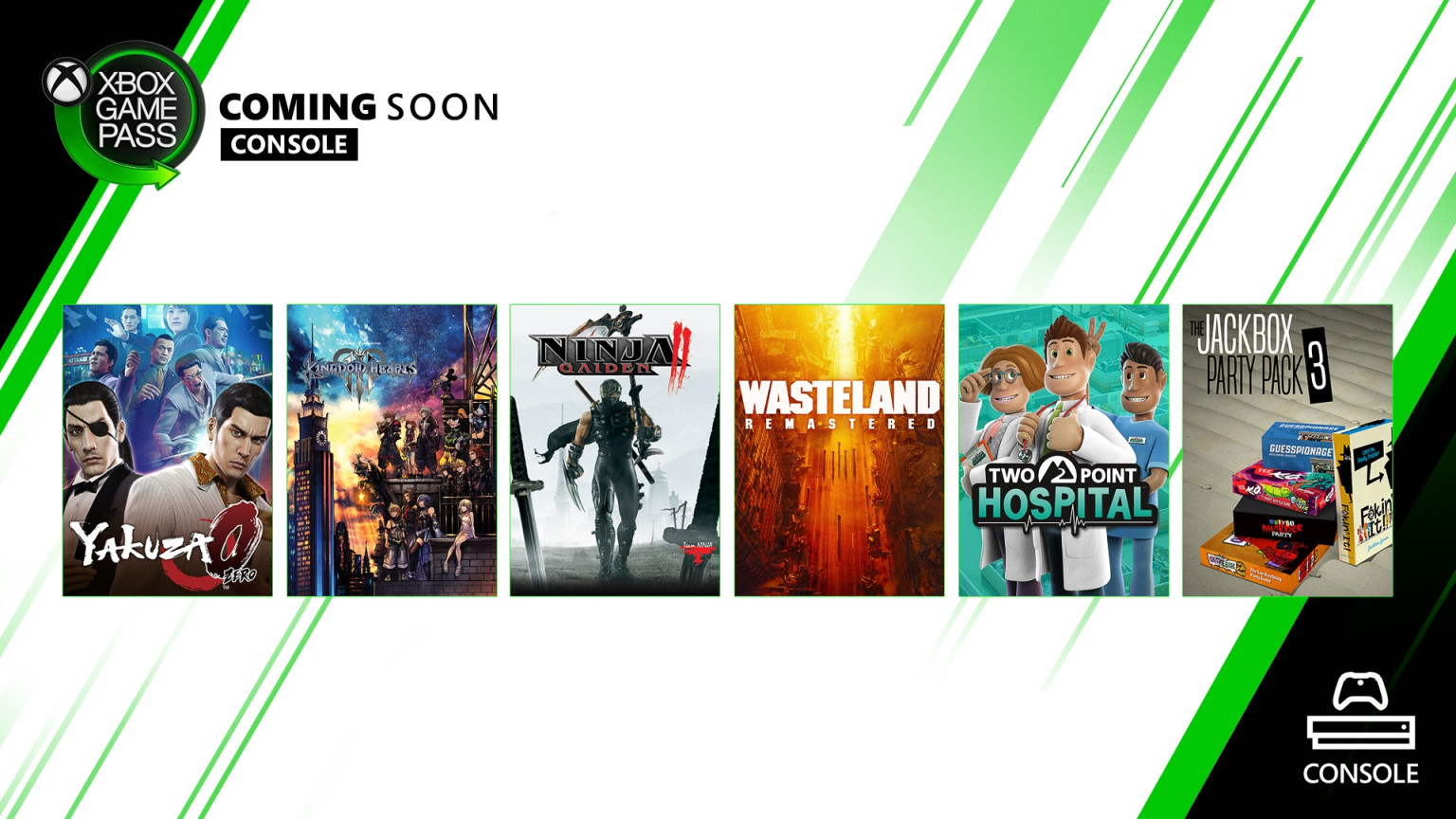 A lot more games developed in Japan will be joining the Xbox One’s subscription service. The Yakuza 0, Ninja Gaiden II, and Kingdom Hearts III Xbox Game Pass debuts have all been dated, and each one will be arriving in February 2020. Microsoft confirmed launch dates for each one, though it didn’t note how long each one will be available for people to play.

Things will kick off on the Xbox One on February 20th with Ninja Gaiden II. After that, the Kingdom Hearts III Xbox Game Pass debut will occur on February 25th. This includes an Xbox One X Enhanced version, for people who have the updated version of the system. One day later, Kazuma Kiryu and Goro Majima will show up with Yakuza 0 on February 26th.

In addition to those, a few other games were confirmed. Two Point Hospital and Wasteland Remastered will appear on February 25th and Jackbox Party Pack 3 will show up on February 27th.

Xbox Game Pass for PC also had a few games confirmed, but not dated. It will be getting Indivisible, Reigns: Game of Thrones, Two Point Hospital, Wasteland Remastered, and Yakuza 0.