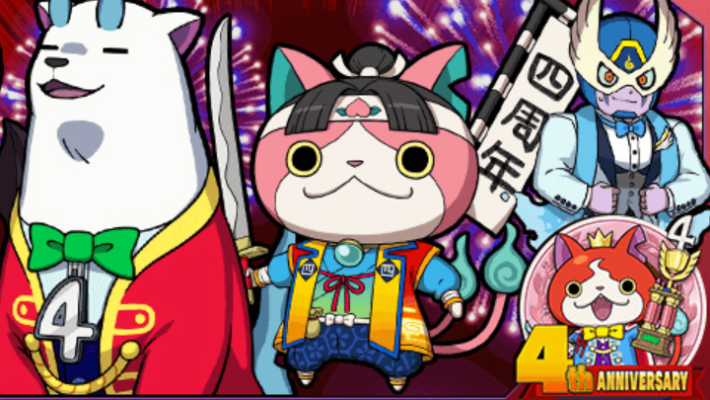 Level-5 and GungHo Online Entertainment announced that they will shut down Yo-kai Watch World on December 23, 2022, at noon in Japan’s time zone. The companies have already removed real money purchases from the outgoing mobile game. They will also stop holding quests after November 30, 2022.

On the same day the game’s server goes offline, Level-5 and GungHo will update the separately available Yo-kai Encyclopedia app. This will allow existing players to review their collected items and take new pictures of the yokai. The companies will cease all support related to the game on February 21, 2023, by taking down both the official website and the Encyclopedia app from the public.

Yo-kai Watch World is a location-based mobile game where players must travel in real life to encounter and collect yokai in a similar fashion to Pokemon GO. The mobile game launched in late June 2018. The title is only available in Japan, but it compensates for that by showing elaborate buildings and landmarks on the map.

The Yo-kai Watch mobile game had a good reception during its launch year, and it was also one of the Most Creative Games winners in Google Play’s Best of 2018 Awards. The game’s operation team celebrated the title’s fourth anniversary in June 2022 and had been regularly holding monthly events as recent as August 2022 before today’s end-of-service announcement.

Yo-kai Watch World is available on iOS and Android mobile devices in Japan until December 23, 2022.