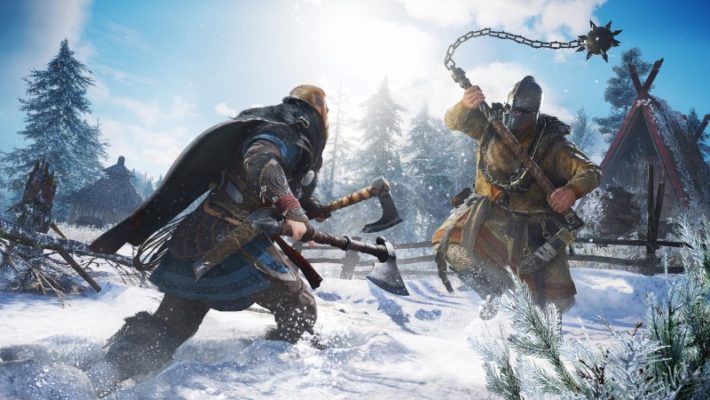 After an initial gameplay reveal that ended up being a bit of a controversy, Ubisoft has pulled out all the stops on its next Assassin’s Creed Valhalla gameplay overview. Ubisoft has released over 30 minutes of Assassin’s Creed Valhalla gameplay footage, going over the new mechanics in combat and stealth. Also we got the release date, which is November 17, 2020.

First you can check out the initial gameplay overview video, which goes over the highlights:

Next you can watch the 30-minute walkthrough if you want to go in-depth, which shows off new mechanics such as dual-wielding, the new stun system, more of protagonist Eivor, and more.

In addition to the current-gen platform versions releasing on November 17, Assassin’s Creed Valhalla will be launching with the Xbox Series X and PlayStation 5. Like many other upcoming games, a free upgrade option will be available for those who purchase the game new.

Ubisoft has also announced a number of transmedia projects, including a digital soundtrack EP (July 17), a novel titled Geirmund’s Saga (date TBD), a three-issue Dark Horse comic called Song of GLory (issue #1 on October 21), and an art book that will come in both a standard and deluxe edition (date TBD).

Assassin’s Creed Valhalla will launch for the PS4, the Xbox One, the PC, and Stadia on November 17, 2020. It will arrive on next-gen platforms when they launch.