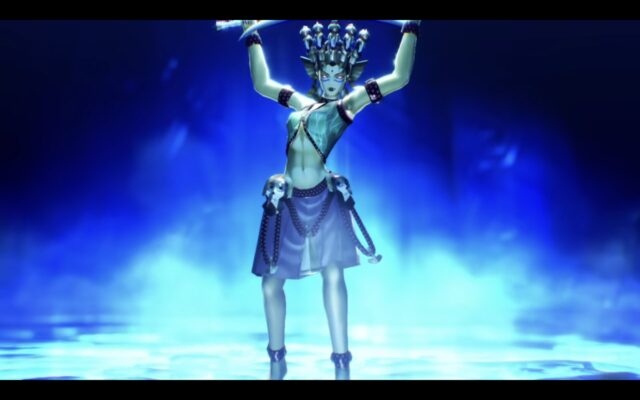 The second Shin Megami Tensei V video for September 15, 2021 is out, and this one looks at Dakini. The goddess is associated with Kali and appeared recently in both SMT III Nocturne, SMT IV, and SMT IV Apocalypse.

As fitting for a character wielding two swords, her video began with her using a special physical attack. After that, she used Poison Breath+1 on some Beriths. Her video ended with her incinerating some Jack Frosts with Maragion+3.

The Dakini Shin Megami Tensei V video ended with another one of the series’ “long” demons. Like Inugami, who already appeared in its own video, it appears Makami will be back. You can tell it is the character, because it is so paper thin.

As the release date draws nearer, Atlus is doubling up on videos. This means we should see all 214 before Shin Megami Tensei V debuts. In the meantime, here are the 20 that appeared before Dakini.