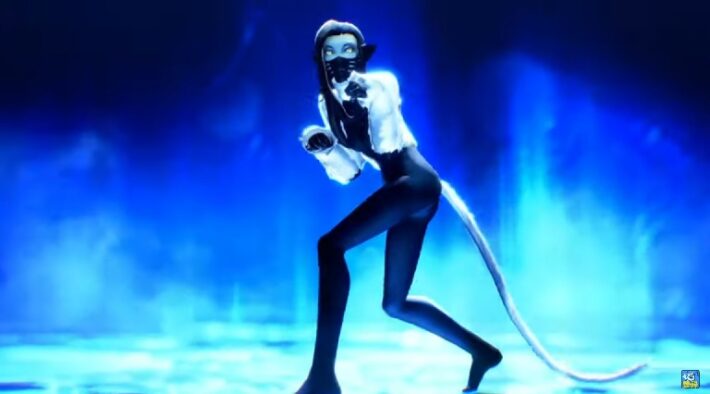 Today’s Shin Megami Tensei V daily demon digest focuses on series staple, Nekomata. The Nekomata is a mythical creature in Japanese mythology and can be identified with its forked tail. Nekomata will appear as a Beast in Shin Megami Tensei V, much like her predecessors in past games.

The video starts with the Nahobino taking a casual stroll through a beautiful forest before he gets accosted by a horde of Nekomata. In combat, Nekomata can assist party members with Sukukaja, raising their accuracy and evasion rates for three turns. Nekomata is also able to attack enemies with Zanma, which deals force damage. The video ends with the Nahobino staring down the Nekomata after the demon approaches him. After he stares down Nekomata, the demon asks if the Nahobino is trying to act tough before admitting that she doesn’t necessarily hate that.

Nekomata is the 89th demon that Atlus has showcased for Shin Megami Tensei V. Previous videos in the daily demon digest series include:

Shin Megami Tensei V will come out on the Nintendo Switch in Japan on November 11, and worldwide on November 12, 2021.