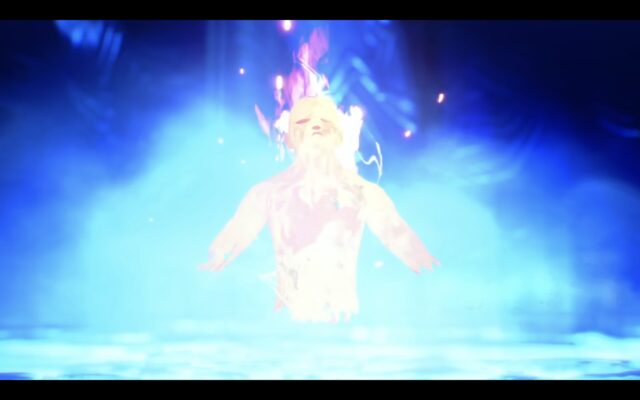 As expected, the next Shin Megami Tensei V trailer is for another Elemental. These are the creatures focused on a single sort of element, which comes through in their appearance and attacks. This time, it’s Flaemis showing up in SMT V. Previously, Atlus showed off Erthys. In addition to Erthys and Flaemis, the quartet is rounded out with Aeros and Aquans.

As the name suggests, Flaemis is a SMT V demon that specializes in using fiery skills. The video begins with them using Tentarafoo+1 against a Berith and two Inugami to leave them panicked. Then, Flaemis uses Pulinpa+1 against a Tsuchigumo to, once again, inspire panic. Finally, it uses Maragi+3 against three Jack Frosts.

The Flaemis SMT V video concludes with a peek at an Apsaras silhouette. You can see her holding her scarf above her head.

In case you missed them, here are the 20 videos that appeared before Flaemis’. There will eventually be 214 total.