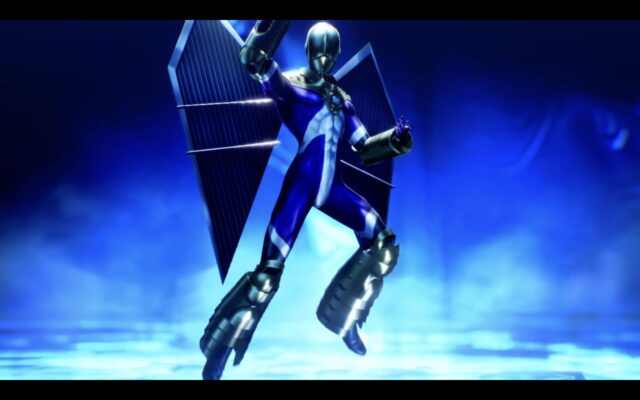 It’s normal to see returning demons in Shin Megami Tensei V, given there will be over 200 showing up, so Melchizedek isn’t exactly a surprise. However, the character’s trailer is something to remark upon. That’s because Melchizedek is better known for appearing in SMT spin-offs, like the Persona series. This will mark the first time he appeared in a mainline installment.

Melchizedek is going to be one of the lawful sorts of characters in SMT V. His video focuses on his combat prowess. Initially, he faces two Manananggals. He uses Mahatarukaja+2 to increase the attack of the whole party. Later, he uses Mahamaon+5 against the two opponents to inflict massive light damage.

The end of the Melchizedek SMT V video teases a demon we’ve actually already seen appear as an enemy in past trailers in this series. Cait Sith is finally going to have their moment. The cat demon has a distinct Puss in Boots vibe, as the silhouette shows the hat, foil, and boots.

To help people catch up with past videos, here are the last 20 that Atlus shared so far. Eventually, over 214 will be available.