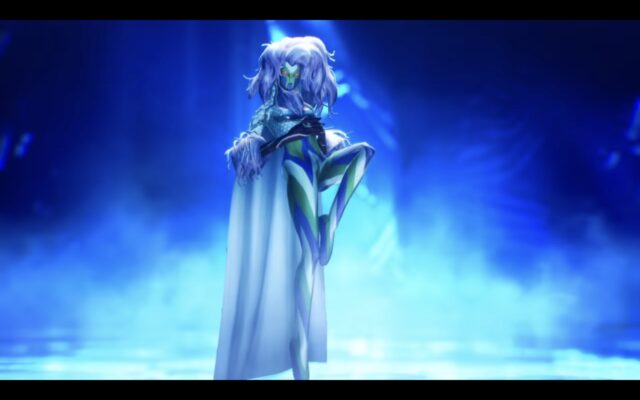 It turns out Queen Mab will be among the demons you’ll see in Shin Megami Tensei V. However, she doesn’t look too angry in her debut trailer. As part of the ongoing collection of demon digest trailers, the Night-type character and constant foe of Cu Chulainn is shown off in the game.

Queen Mab first appears roaming around the world, so we can see her floating around. Then, we get to watch her in a fight against Jack Frost. She uses Agidyne+3 to exploit his weakness to fire and deal major damage. After that, we see the Nahobino in negotiations with her.

Take a closer look at Queen Mab in her SMT V video.

At the end, there’s a silhouette tempting people to guess “who’s that SMT V demon?” The next character looks like one from the Kishin family.

As usual, here are the last 20 SMT V demon digest videos to appear before Queen Mab’s debut. By the time this series is done, all of the over 200 characters will have their own trailer.