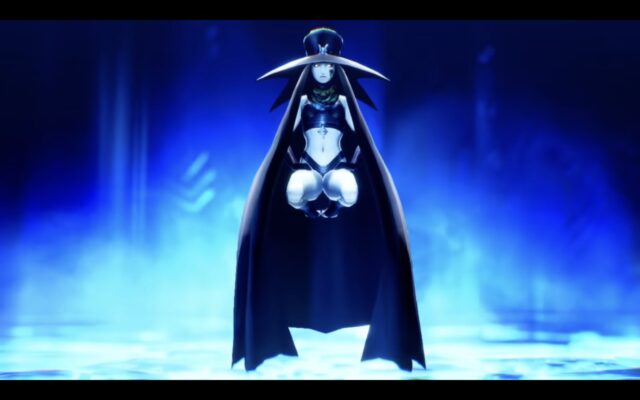 The teaser for the next Shin Megami Tensei V demon was rather obvious. The cape and hat strongly suggested Scathach would appear in the 35th SMT V trailer, and now that’s been confirmed. While her hat and cape are black, rather than red, for this entry, she largely looks the same as people might remember.

After Scathach is summoned, the video jumps to show her in battle. Lots of new and previously revealed demons show up in the fights. First, she attacks a Cait Sith, who hasn’t appeared until now, and two Onmorakis. After that, she faces Rangda and two Girimehkalas.

As for the next demon teased, the silhouette is a little more vague than usual. It is going to be a humanoid demon with a cape.

35 SMT V demons have had their own videos, now that Scathach got her own. Here are the last 20 to show up, starting with Lilim and ending with Cu Chulainn.