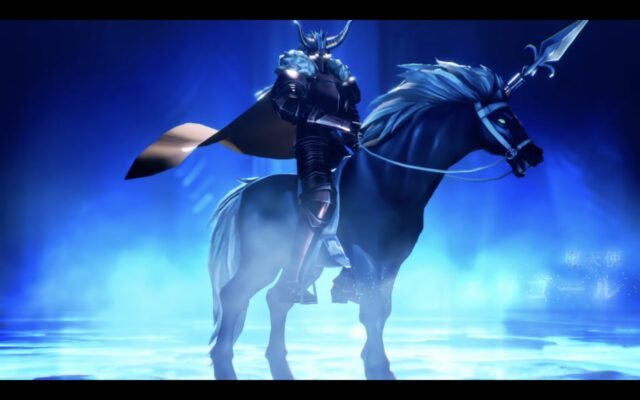 Another Shin Megami Tensei series staple is confirmed for the fifth game. The new SMT V demon digest video looks at Eligor. The mounted knight appeared in games like SMT III Nocturne and many of the recent Persona entries.

Eligor is known for being strong against physical attacks and using powerful skills, but also uses elemental abilities in some games. His trailer shows this is still in full force, as he uses Maragion+2 against Manananggal. The video also shows a negotiation segment between the character and the Nahobino.

The teaser at the end suggests a bird-like demon could be next. The tail and wings make it look like it could be Basilisk, which last appeared in SMT IV: Apocalypse.

As usual, eventually over 200 videos will appear and look at demons like Eligor in SMT V. We’re only at 51 now. In case people missed it, here are the 20 most recent ones Atlus shared. Eventually, 214 of these videos will appear.