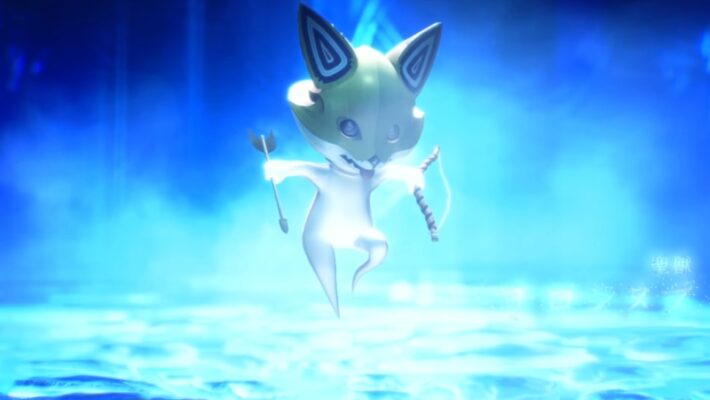 Atlus continues the SMT V Daily Demon trailer train with an introduction to the Chironnupu. The latest demon to be featured comes from Japan’s northern reaches, including Hokkaido and the Kuril and Sakhalin islands. Chironnupu also appeared in Shin Megami Tensei IV: Apocalypse, as the favored demon of the character Hallelujah.

Part of the Holy race of demons in SMT V, the Chironnupu takes its name from a word used by the Ainu people for “fox.” The Ainu are native to Hokkaido and the Kuril and Sakhalin islands north of Japan. One of Japan’s indigenous peoples, the Ainu have a unique culture, language, and religion. Ainu have appeared in Japanese pop cultural works, such as the manga Golden Kamuy, and influenced games like Utawarerumono. Though the Ainu languages have words for foxes (such as “sumari”), Chironnupu are thought to be a spirit with the ability to warn of coming disasters. They do this by howling loudly enough to echo through the hills and mountains.

In the SMT V video, the Chironnupu has access to skills such as Maha, Mabufu, Light Block, and a new ability called Omagatoki: Critical. Chironnupu also has two unique skills. Vigilant Cheer raises the party’s Defense, Accuracy, and Evasion, and Apto Foxfire is an all-enemy fire attack that takes the form of a volley of flaming arrows.

Chironnupu is the 49th daily demon in Atlus’ ongoing showcase for Shin Megami Tensei V. Over two hundred videos are planned. Below are the previous twenty entries in the series.

Shin Megami Tensei V will release worldwide on the Nintendo Switch on November 12, 2021, and November 11, 2021 in Japan.