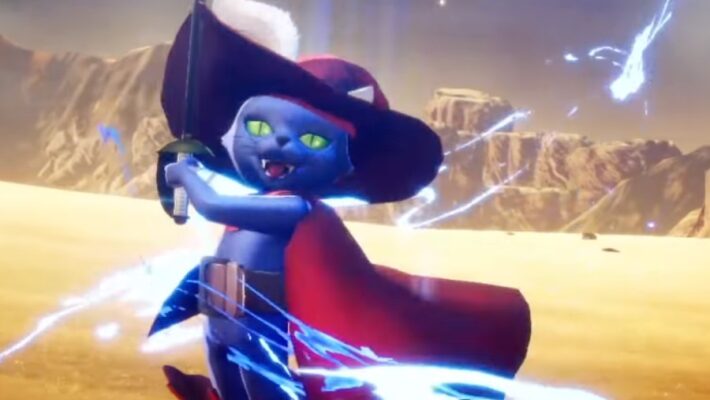 The cat returns. The latest Shin Megami Tensei V video involves a famous feline. As promised, Cait Sith will return in SMT V. Though, even before this official confirmation, the character showed up as an opponent in some other demons’ videos.

After the video’s initial summoning, we see lots of these cats around the Nahobino in the world. Then, it takes us into a battle with one of them in the player’s party. First, Cait Sith uses Sukunda+1, a skill known for lowering an opponent’s agility, against Daemon. After that, Cait Sith uses Zio+1 to attack the monster it inflicted the debuff on.

As usual, the SMT V Cait Sith video ends with a silhouette. This time, the obelisk shape could pretty much only be referring to Alilat. People might remember her from SMT IV or Persona 5 Royal.

As usual, here are the 20 SMT V videos that appeared before the Cait Sith trailer. Eventually, 214 will show up to look at every single demon people might meet.