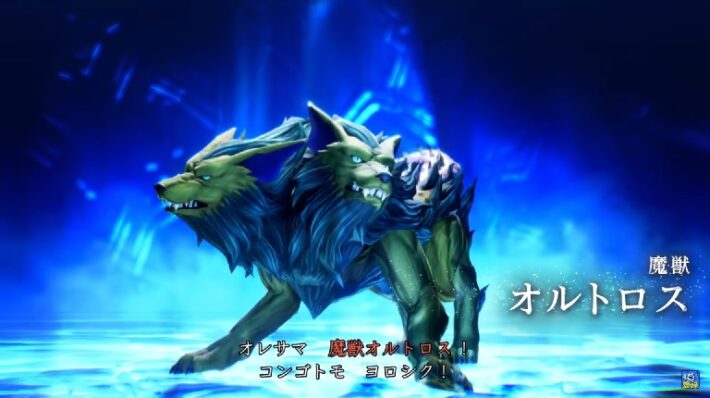 Today’s daily demon digest for Shin Megami Tensei V focuses on Orthrus, which is part of the Beast race for this game. Orthrus is a creature from Greco-Roman mythology and is the brother of the more famous Cerberus. Heracles killed Orthrus in order to steal the Cattle of Geryon for his Tenth Labor.

The video shows Orthrus facing off against a party of Jack Frosts. He first lowers their defense with a Marakunda before melting them away with Fire Breath. Unlike other videos where the demons occasionally converse with the Nahobino, Orthrus doesn’t display much personality. He simply shows off his skills and then joins the party. However, as a guard dog, Orthrus shows his mettle through his work and not his words. The video ends with a silhouette that has multiple arms.

You can see the Shin Megami Tensei V trailer for Orthrus here:

Orthrus is the 66th demon out of 214 that Atlus has shown off to us. Here are the twenty demons that appeared prior to him:

Shin Megami Tensei V will arrive on the Nintendo Switch for Japan on November 11, and worldwide on November 12, 2021.