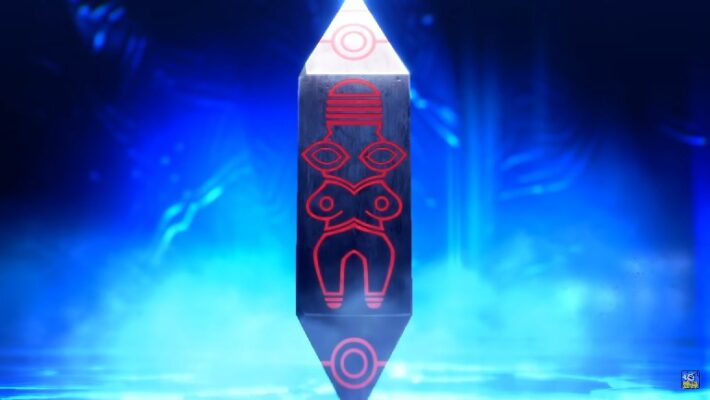 Today’s Shin Megami Tensei V daily demon digest brings back an ancient idol, Alilat. She is a recurring demon in the franchise, and in Shin Megami Tensei V, she appears as a member of the Lady race. Though she can communicate with the protagonist, she does not have a distinct voice, which makes sense considering her form.

Alilat in Shin Megami Tensei V has quite a few buffing skills in her repertoire. For example, she can cast Donum of Magic, which increases an ally’s next magical attack. She also has Donum of Strength, which does the same thing with physical attack. In the video, Alilat casts Donum of Magic on herself and then proceeds to obliterate the enemy party with a Megidolaon. She’s not just about power though, as she can also heal with Mediarahan. The video ends with a silhouette of Lachesis.

Alilat marks the 56th video in the Shin Megami Tensei daily demon digest series. As per usual, here are the previous twenty articles on earlier teasers:

Shin Megami Tensei V will come out on the Nintendo Switch in Japan on November 11, 2021. It will release worldwide on November 12, 2021.