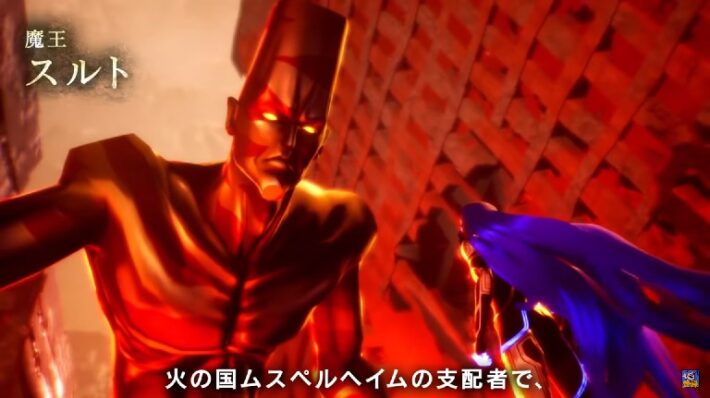 Today’s daily demon digest video for Shin Megami Tensei V focuses on Surt, a recurring high-level demon in the series. He will appear as a Tyrant, similar to past iterations. Surt is a character from Norse mythology, and his role during Ragnarok is killing Freyr before his own death at Freyr’s hands.

The actual meat of the video starts differently from previous daily demon digests, in which it seems to show Surt and the Nahobino staring each other down. This implies that he may play a major role in the story as an enemy. Indeed, the video ends with what appears to be a cutscene from the game, showing off Surt wielding his Laevanteinn against a horde of mobs. Just what kind of role he will play in the story is still unknown, and this is more a teaser in a similar vein to the Apsaras introduction. In battle, Surt shows off his Ragnarok ability by incinerating a crowd of demons.

Surt is the 87th video that Atlus has shown off for Shin Megami Tensei V. Previous videos include: