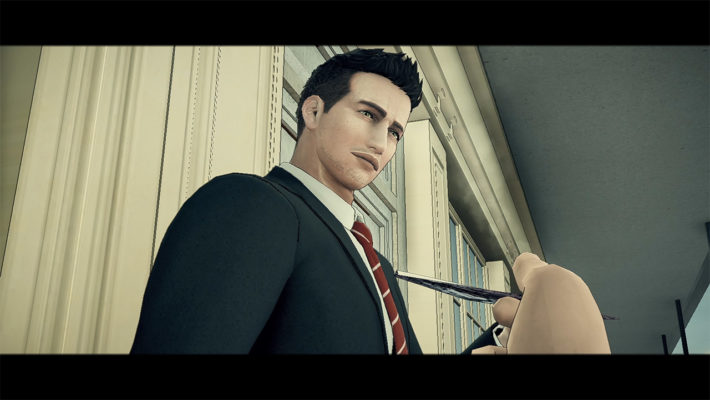 Once again, 2020’s dark energy has opened a rift in time and space, spitting out a video game experience that would have been impossible just a few years ago. Hidetaka Suehiro has long been a cult favorite among off-kilter gaming fans, but that doesn’t always translate to financial success. But thanks to Nintendo’s content strategy, Swery65’s most culty of cult classics has a sequel. Deadly Premonition 2 feels like a fever dream most of the time. In each moment, it’s always unclear what is and isn’t intentional, which details you’re supposed to notice, and how much of it all is just off-kilter red herrings profiting from the first game’s reputation. In that way, Deadly Premonition 2 feels so much like the previous game, not skipping a beat as we experience a new York Morgan adventure.

Deadly Premonition 2, subtitled A Blessing in Disguise, serves as both a sequel and a prequel to the first game. In the present, you’ll take on the role of FBI agent Aliyah Davis, who is investigating a previously closed case. Naturally, York was involved in this case originally. While he’s no longer in fighting shape, he recounts the original case to Davis. As you play as the younger York in the fictional New Orleans town of Le Carré, you uncover the origins in this case, the links to the current investigation, and figure out how to close it once and for all.

The bulk of Deadly Premonition 2 takes place in York’s shoes before the events of the first game. When you start the game as Davis, it takes on more of a dialogue-centric form as you talk to York and try to get him to cooperate. In Le Carré, you’re running around as York as in the first game, getting involved in an unbelievable murder case and getting into some of the most bizarre situations possible along the way. York and his partner Zach are deeply in tune with the abnormal and the supernatural, which manifests in a fascinating, almost aloof way that presents York as a kind of character you don’t see often. 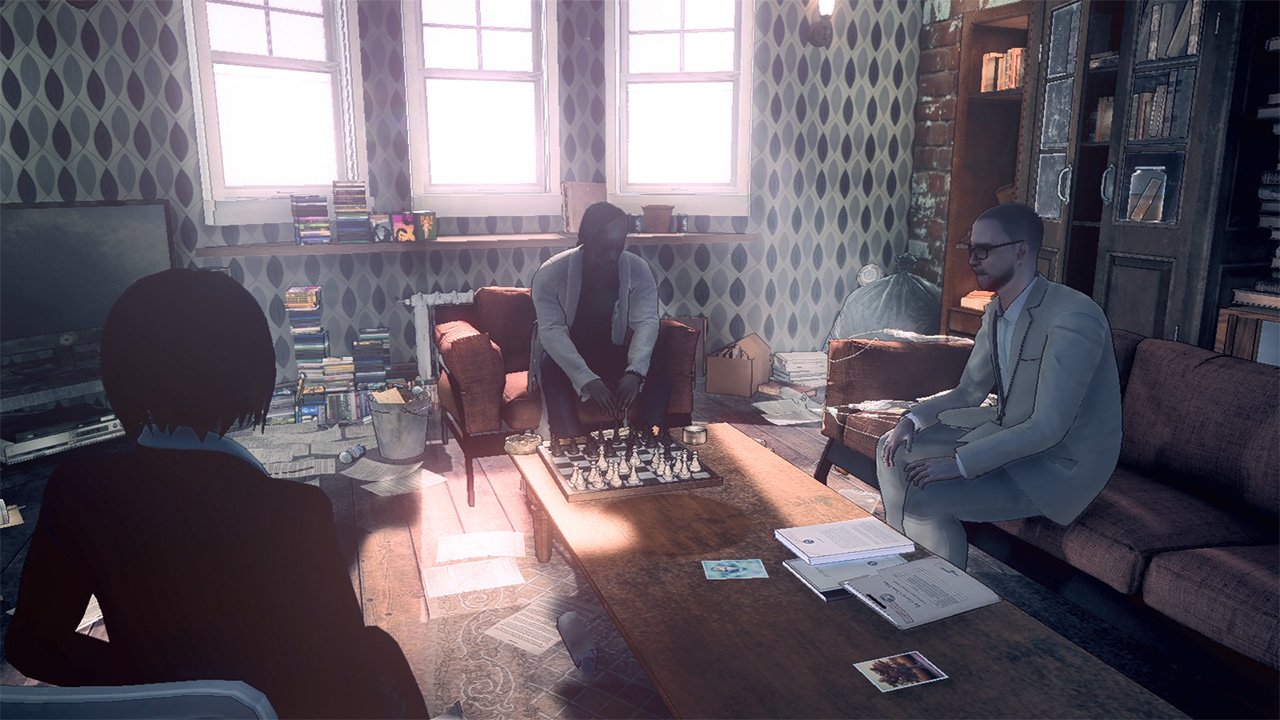 At times, it seems like a character study reaching for a positive portrayal of mental illnesses usually associated with evil or horror in media, and at other times it seems like an ode to weirdness, showing that it’s actually a good thing to keep your mind open to input regardless of how weird it may be. York is constantly relating to his surroundings in terms of movies he’s seen; always making sure to give Zach as many details as possible, noting the year, director, and themes as they connect to the situation. This sort of thing can come off as excessive in the wrong hands, but with York it feels like a crucial part of his character.

He’s also eternally positive, showing wonder when he encounters new people and experiences he’s only seen in the media or heard of second-hand. Despite the “weird” vibe of the stilted dialogue and voice acting, the strange facial expressions characters make, and the absolutely impossible situations and interactions with people in the town, York ends up being a joy to follow around as protagonist because of how okay with everything he is and how honest and sincere he is. Even when his car is stolen and replaced with a skateboard, York finds the positive in the situation and learns how to skate as he completes his tasks. 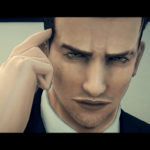 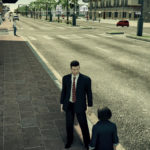 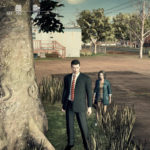 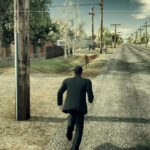 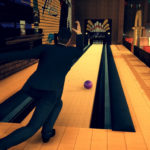 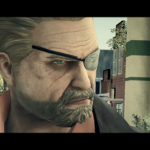 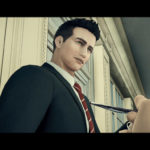 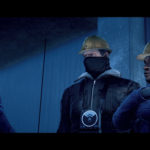 When it comes to completing those tasks, you’ll run into the part of “cult” games fans love to struggle with. Namely, weird mechanics and performance issues. Deadly Premonition 2 is in a perpetual struggle to reach a stable frame rate, but I would not be shocked to know it’s intentional. A lot of the visual elements seem lo-fi on purpose, exuding a specific feeling and tone that may be tongue in cheek, but also feels like a nod to the fans who “get it” so to speak. On the other hand, Deadly Premonition 2 continues the first game’s weird survival mechanics, requiring York to keep up with food, hygiene, and energy. While there’s no overall time limit, you will occasionally have to do things like backtrack to the hotel for a shower and shave, get some sleep, then hit the restaurant (or gobble down some snacks) so your hunger doesn’t drop too much. If you aren’t in on the bit here I can see that part being frustrating, since moving around is awkward to say the least, and backtracking across large spaces is a pain, especially at night. 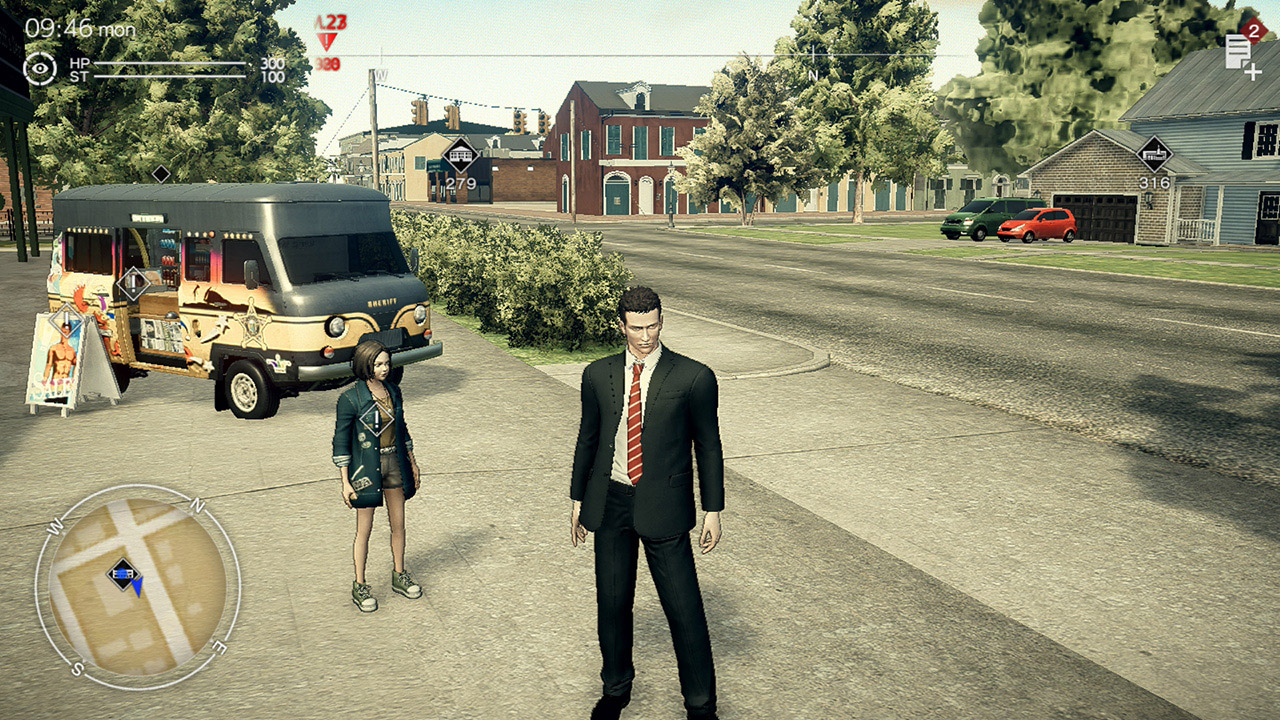 Night time in Deadly Premonition 2 is similar to the first game, in which the supernatural elements creeping behind the scenes come out to get nasty. There’s an incredible Videodrome sequence early on in the game, but then you’re reduced to trying to avoid or fight enemies that constantly spawn, and thanks to the unstable framerate it’s hard to ever feel like you’re improving instead of scrambling. There’s some cool stuff though, such as a homing shot that helps you take out enemies handily instead of trying to aim individual shots. It’s a little Panzer Dragoon flavor to season the phantasmic steak you’re chewing on throughout the game.

But while the jank makes rolling around at night more laborious than you might expect, it does add another layer of charm to all the strange sidequests you run into alongside the critical path. Since York is so open to the strangeness around and inside him, he’s totally fine doing things like searching for voodoo beads for an obvious hack shaman wannabe, figuring out repairs for his own hotel room, or whatever else comes up. All of these events can trigger seemingly at random based on time of day and other factors, so it’s almost like a Yakuza game with a macabre fog rolling through it. 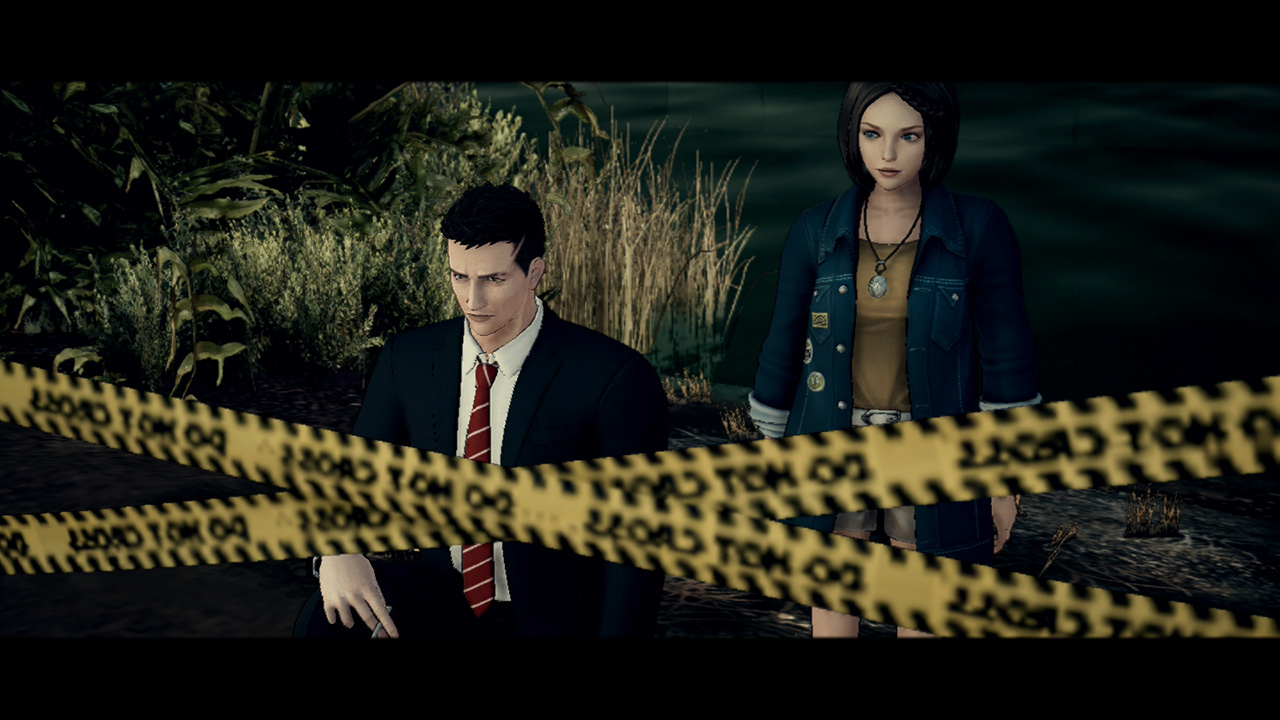 Deadly Premonition 2: A Blessing in Disguise is exactly the sequel to Deadly Premonition a fan of the original should expect. This is a game that really respects the player’s intelligence, but puts a lot of faith into their willingness to keep an open mind. This is a game with its head thoroughly up its own ass, but in a way that can be really endearing if you come at it from the right perspective. In fact, the whole game’s subtext seems to be about exactly that: the benefits of living outside the box. I wouldn’t recommend Deadly Premonition 2 as a starting point, because it feels like it heavily relies on you already being in on it. It’s possible you just click and vibe with it right away, but unless you’re already a fan or enjoyed the first enough to want more, it might be safer to check out Deadly Premonition Origins first.

Deadly Premonition 2: A Blessing in Disguise