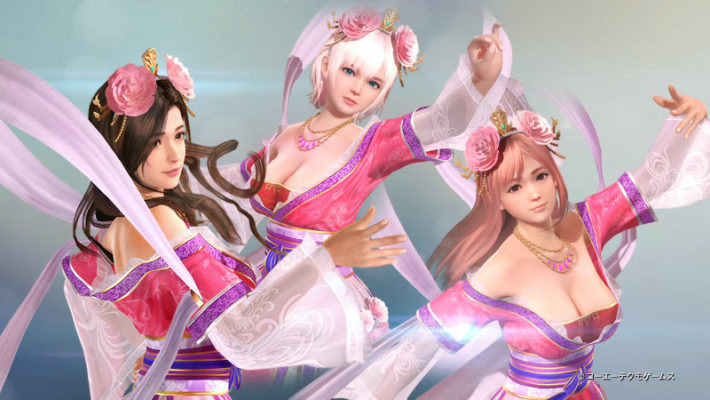 Koei Tecmo is adding more collaboration content to Dead or Alive Xtreme: Venus Vacation. After previously holding crossovers with Destiny Child and Alice Gear Aegis, the free-to-play PC game will receive new content inspired from Romance of the Three Kingdoms XIV, a strategy game that was also made by Koei Tecmo. Specifically, some people will get to dress like Diaochan.

Sayuri, Luna, and Honoka will receive a new outfit based on Diaochan’s design from the latest iteration of the Romance of the Three Kingdoms series. The outfit for each character is available separately from a limited gacha banner. This collaboration is designed to celebrate the release of the Romance of the Three Kingdoms XIV Diplomacy and Strategy Expansion Pack in Japan and Asia on December 10, 2020.

This event is currently available on the DOA Xtreme: Venus Vacation Japanese client for a limited time until the next maintenance period on December 16, 2020. It is unknown when this event will be brought to the international Asian client. The English version of the Romance of the Three Kingdoms XIV expansion pack is slated to release on February 11, 2021.

Koei Tecmo released Atelier Ryza 2 in Japan on December 3, 2020. While the Japanese server had no particular events to mark the occasion, Koei Tecmo still celebrated it by bringing the collaboration content from the first Atelier Ryza event to the Asian client on the same day. This crossover will end at 18:59 UTC on December 9, 2020.

Dead or Alive Xtreme: Venus Vacation is immediately available as a free-to-play game on PCs in Japan and Asia.