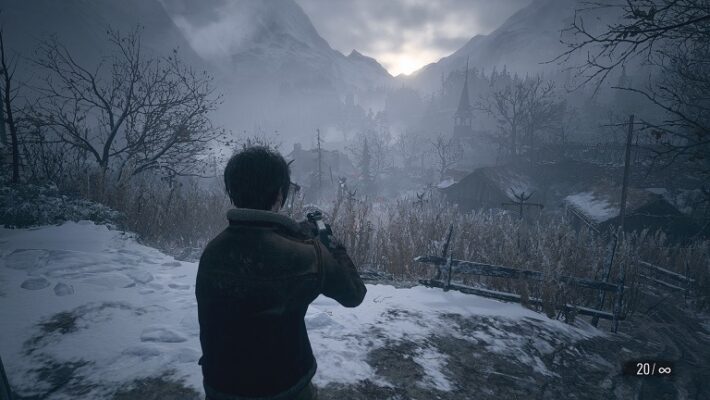 Twitter user JTeghius Kittius, or JTegh, has posted a work in progress mod for Resident Evil Village that places Leon S. Kennedy into the game. She uses the body model from Dead by Daylight and the design from Resident Evil 4. In addition, she has also included a gameplay video of how the Leon model would look in-game.

I seriously can't believe no-one has done this as a #ResidentEvilVillage mod yet in 2,5 months… Anyway…

There is currently no concrete news about when the Leon mod will come out for Resident Evil Village, as JTegh is still working on it. As it is his design from Resident Evil 4, he is wearing the jacket with a light fur trim on the inside. Though it does not seem like it would be enough protection from the cold eastern European climate of Village, it certainly looks warmer than his other outfits.

Mods that add characters into Resident Evil are not new. In January 2021, Darkness Valtier released a mod pack that adds characters from The Last of Us: Part 2 into Resident Evil 3. In more official news, a recent patch for the Steam version of the game adds FSR support, which increases the frame rate for smoother graphics. Additionally, Capcom recently announced that Resident Evil Village sold over 4.5 million copies, both physical and digital, worldwide.