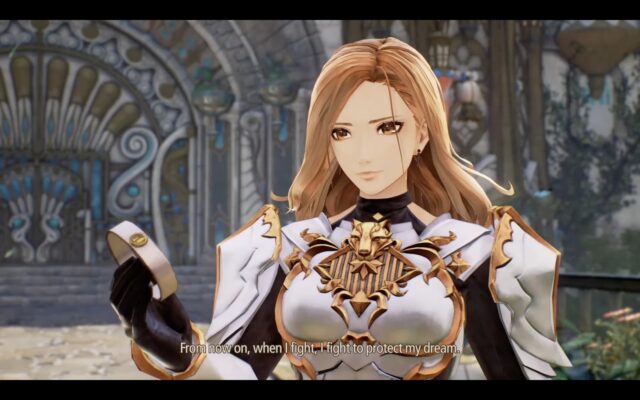 There’s a new Tales of Arise trailer, and this time it’s focusing on Kisara. The video focuses on introducing the Elde Menancia Guard captain. In addition to showing what it is like when she fights, it introduces details about her background and personality.

As Alphen pointed out, Kisara is one of the Dahnans in Tales of Arise. Even though she is, she chose to enlist in the army and was not only accepted, but moved up the ranks. She also pointed out that this isn’t unusual in her country, as anyone is welcome to join the Elde Menancia Guard.

When it comes to the battle segments, it focuses on what makes Kisara unique. While the other characters can dodge attacks, she doesn’t. Instead, she uses her shield and stands strong against hits. The video also shows her using some of her special offensive and defensive Artes.