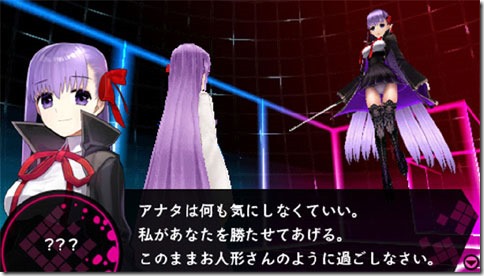 Luigi’s Mansion: Dark Moon managed to hold on to the #1 spot in Japan last week, with over in 390,000 sales since release. Following behind it at the #2 spot was last week’s best-selling new release—Fate Extra CCC.

Finally released after multiple delays, Fate/Extra CCC sold 72,883 copies in its first week. That’s right around what the original Fate/Extra sold at launch as well. The original game, released in 2010, moved 72,170 copies in week 1.

At #5 was another new release—Muramasa Rebirth for the Vita, with 45,660 copies sold. Those sales are significantly higher than when Muramasa was originally released into a stagnating Wii software market in 2009. Back then, the game sold a mere 28,807 copies at launch.

Finally, two new Wii U releases for the week—an HD version of Dragon Quest X and Nintendo’s own Game & Wario—failed to make much of a splash. While Wii U hardware sales rose for the week, it’s going to take much more for them to remain consistently high.