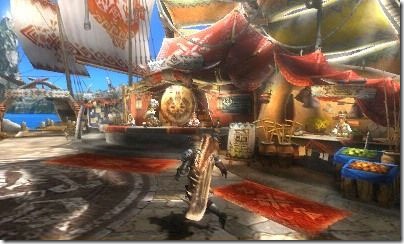 Naturally, Monster Hunter 3G is the big sales story for this week. Released on December 10th in Japan, the game sold 521,959 copies in its first week. Together with Mario Kart 7 and Super Mario 3D Land, the game gave 3DS sales a giant boost for the week, too.

That puts the 3DS at about 3.2 million units sold in Japan so far. The holiday week has yet to come, too, and will likely provide another boost to sales of the system and popular games across the board. Speaking of which, the effects of the holidays are already evident in the software sales chart for the week, with a lot of games like Kirby’s Return to Dreamland, PokéPark 2 and Wii Party benefitting from it.

Monster Hunter aside, The Elder Scrolls V: Skyrim was released in Japan last week as well. The PlayStation 3 version debuted at the #4 spot with 75,865 copies sold. Meanwhile, the Xbox 360 version sold another 37,000 copies. For comparison, here’s how The Elder Scrolls IV: Oblivion did in its first week, when it was published in Japan by Spike in 2007: 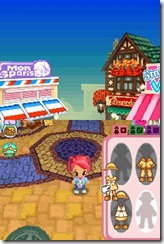 Another game I’d like to draw attention to this week is Magician’s Quest: The Stylish Wizard for the Nintendo DS. Konami slipped this one out last week as well, and it sold about 46,000 copies in its first week. This is just a little bit higher than what Magician’s Quest: The Merchant’s Store of Sorcery, released in November 2010 for the DS, released at. That game opened with 40,208 copies sold in week 1.

Here’s the fun part, though. Merchant’s Store of Sorcery remained on the software chart for weeks on end (weekly sales actually increased significantly at one point), eventually going on to sell over 250,000 copies by the end of 2010.

It should be very interesting to see if The Stylish Wizard can repeat that same sort of success, or at least come close to it.

The top-20 chart for last week was as follows: