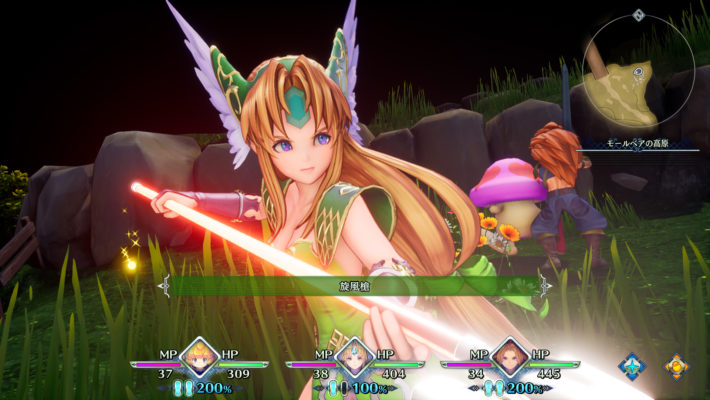 Last week, Square Enix released Trials of Mana, a remake of its SNES action RPG, Seiken Densetsu 3, in Japan. The game sold a respectable 150,497 units at retail stores in its first week (with 80,383 units sold on PS4 and 70,114 on the Nintendo Switch).

The Mana series has never been an enormous seller compared to Square’s more popular Final Fantasy and Dragon Quest franchises, but it did have a respectable Japanese following in the early-to-mid ’90s. It even made a name for itself in the west when Square Enix localized the first game as “Final Fantasy Adventure” in North America.

Trials of Mana hasn’t sold as well as the original Seiken Densetsu 3, and it was never going to. Seiken Densetsu 3 was released in 1995, back when the Japanese videogame industry was flourishing, and those days are long gone. What does make for a more insightful comparison are the Mana games released in 2003 and beyond, starting with the GBA remake of Final Fantasy Adventure. 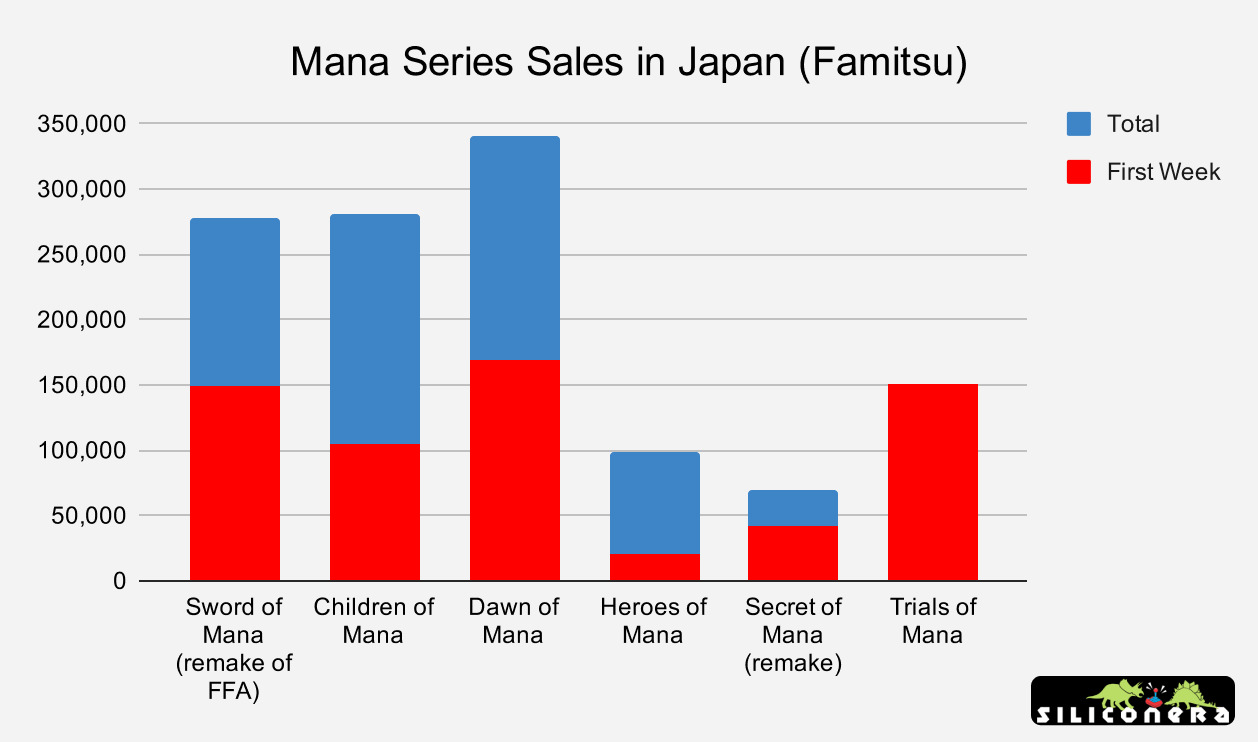 As the chart above illustrates, Trials of Mana managed to match or beat the first week sales of just about every other Mana game released over the last 17 years. That isn’t saying much, given that most of those games were cheaper to develop (or poorly made), but it is a start.

Next is a look at how Trials of Mana compares to other notable mid-budget RPGs Square Enix has released over the last few years. 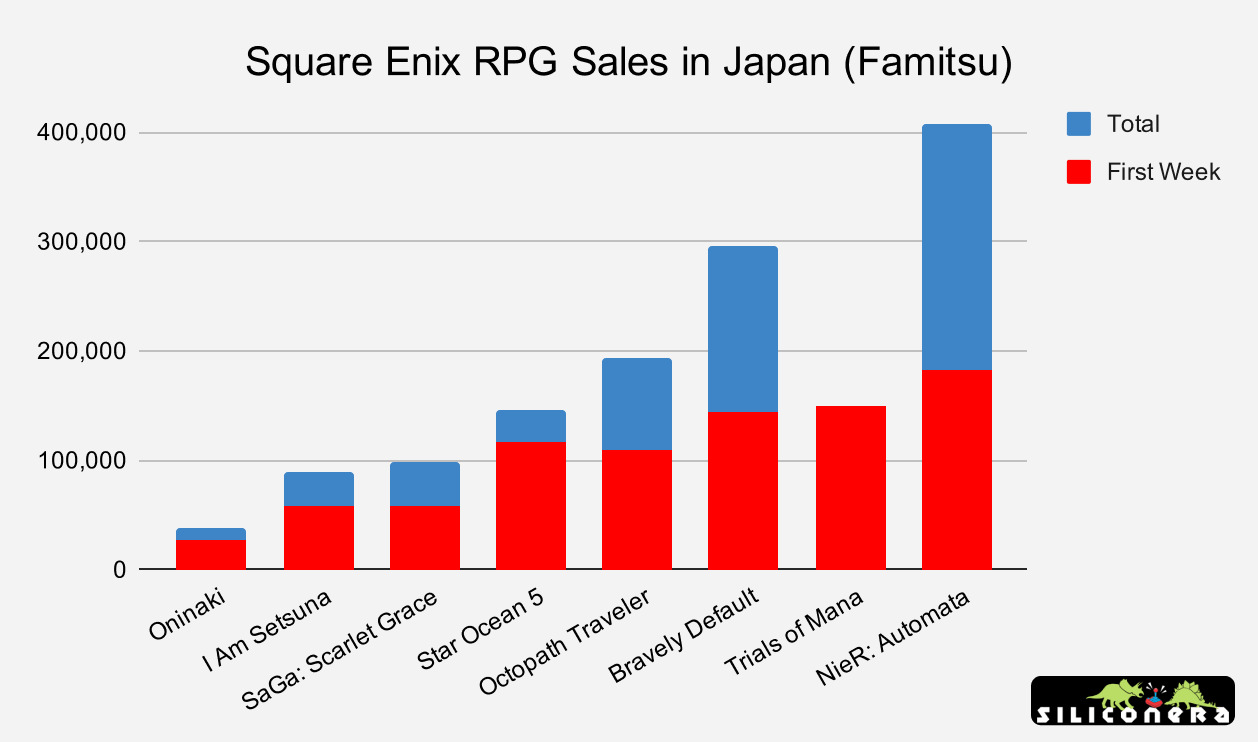 The chart above is sorted in ascending order of sales. As it highlights, Trials of Mana has launched higher than just about any other “AA” RPG by Square Enix this past decade. (The only game it couldn’t beat was Nier: Automata.) Again, development budgets varied greatly between the games listed, so sales don’t tell the whole story, but things are looking good on the surface.

It is important to note that, like the games above, Square Enix likely produced Trials of Mana on a fairly reasonable budget. The game was developed by an external studio (Xeen) and overseen by Square’s “Creative Business Unit 4” department, which is largely responsible for mobile games such as Final Fantasy: Brave Exvius and Schoolgirl Strikers 2. The Mana series appears to be the only console franchise Creative Business Unit 4 is responsible for, which makes it likely that Square didn’t exactly break the bank on development.

If Trials of Mana continues to do well over the next few months, it could give Square Enix reason enough to greenlight a new, original game in the series—especially if sales in the west meet its internal expectations. Seeing where its global sales end up should be interesting.

Note: In an earlier version of this story, lifetime sales for Star Ocean 5 weren’t correctly updated. This has been rectified.