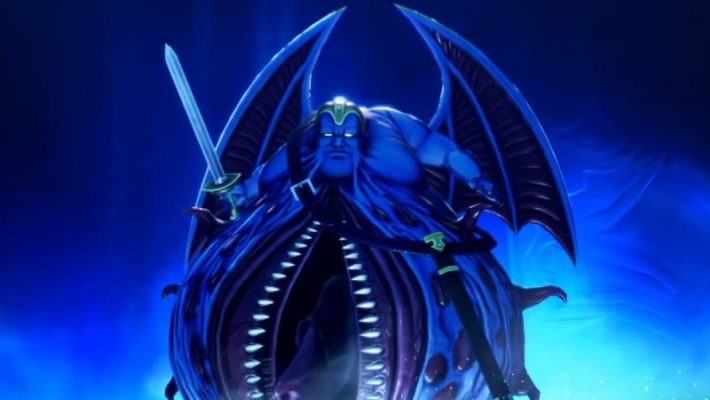 The eighth entry in Atlus’ Shin Megami Tensei V video series appeared. Once again, a familiar demon is back. However, this time it is part of a new “family.” Arioch will return for Shin Megami Tensei V. When he does, he’ll be a part of the Tyrant race, rather than the Vile one as usual.

Arioch’s appeared in multiple Shin Megami Tensei games and spin-offs over the years. For example, he appeared in all of the Devil Survivor games.

Here’s the Shin Megami Tensei V Arioch trailer. At about the halfway point, he gets into a fight against Orobas. That’s another returning demon who hasn’t been featured in this video series yet. Arioch uses Bufuparion+5, an ice skill that doesn’t have a localized name yet.

In case you missed them, here are the videos for the other seven demons who will appear alongside Arioch in Shin Megami Tensei V. Of them, Amanozako and Fionn mac Cumhaill are entirely new to the series. All of the other characters appeared in past installments and spin-offs.