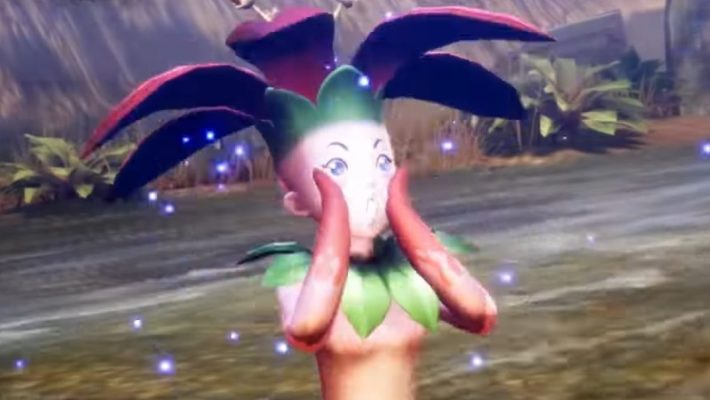 There’s a new Shin Megami Tensei demon video. This one reveals someone we saw a lot of during the E3 2021 Nintendo Treehouse Live. Atlus dedicated the seventh SMT V demon video to Mandrake.

Mandrake has been a part of the Shin Megami Tensei series and its spin-offs since its debut in SMT II. While it sometimes shows up as part of the Wood family, in SMT V Mandrake will be a Yoma type. It also has a habit of laughing and often has movesets with “voice” attacks as a callback to its roots.

Here’s the full SMT V Mandrake introduction. After being summoned, it shows the character in the wild running around. Then, you get to see a battle where the Mandrake is on your side. It uses Zio+1, an electrical attack, against a water-type demon. Which, as usual, confirms another character will return. In that example battle, the protagonist and party is facing two Azumi.

There will be over 200 demons in SMT V, and Atlus’ video series will offer looks at them. Here are all of the trailers released so far.